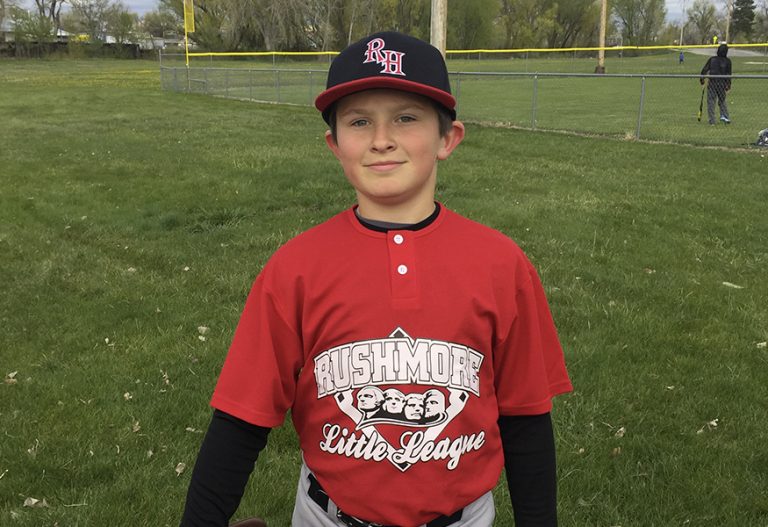 Dakota Burke began playing baseball at age five and it didn’t take him long to fall in love with the sport. “It was something that sounded fun to him at the time,” said his mom Tricia, “and it was a great father/son bonding time.”

Dakota would spend as much time as he could practicing as he would playing and eventually his hard work paid off. Two years ago, Dakota was asked to be on a traveling team with Rushmore Little League.

“Dakota is an amazing kid. He is polite, respectful, and humble. He’s got a great attitude, is always willing to help others succeed and is also willing to learn,” said President of Rushmore Little League and Manager for the Rushmore Heat 11U team Jim Bussell.

In the off season, Dakota has had the opportunity to train with Post 22 teammates in the Golden Spikes Program. “He has definitely set is sights on excelling in this great All-American sport,” said Tricia.

But baseball isn’t all Dakota focuses on. At age six, he met a boy scout selling popcorn door-to-door. After the boy scout explained what the program was about and all they do as a troop, Dakota wanted to sign up right away.

“The first night after he entered first grade, he was signed up and hasn’t regretted it one bit,” said Tricia.

He has completed the five-year Cub Scout program, earning the highest Cub Scout honor (the Arrow of Light) among many other awards. Dakota has now finished his first year as a Boy Scout with a Second Class rank working towards his Eagle rank.

Dakota keeps his schedule full with baseball year-round and Boy Scout camps once every month with weekly meetings and ongoing community service projects. Whether he is collecting food for those in need, cleaning up public areas throughout the Black Hills or helping neighbors with yard projects and taking care of their pets, Dakota is there to make a difference.

“He is one busy kid that keeps us running,” said Tricia, “but makes us very proud!” 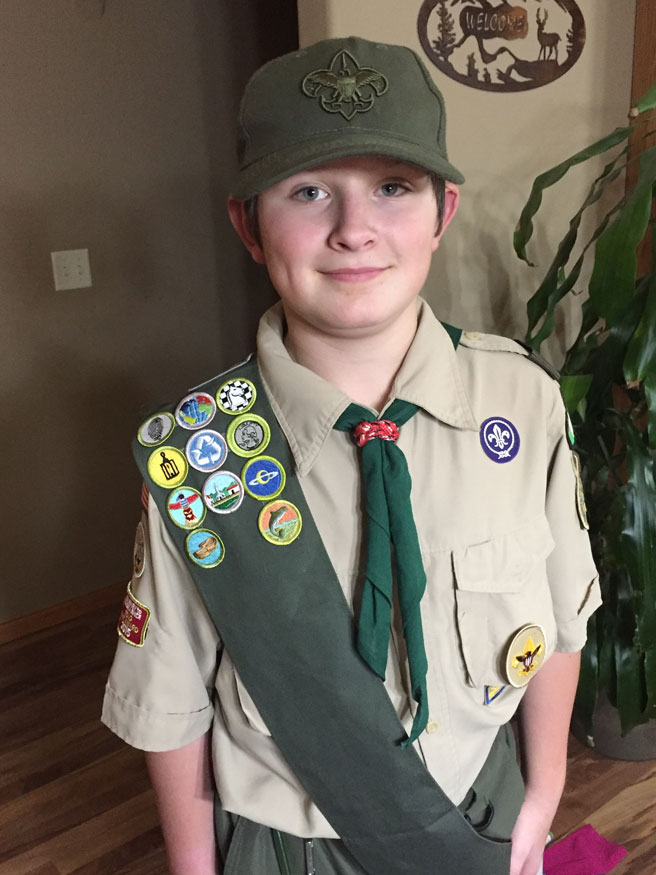