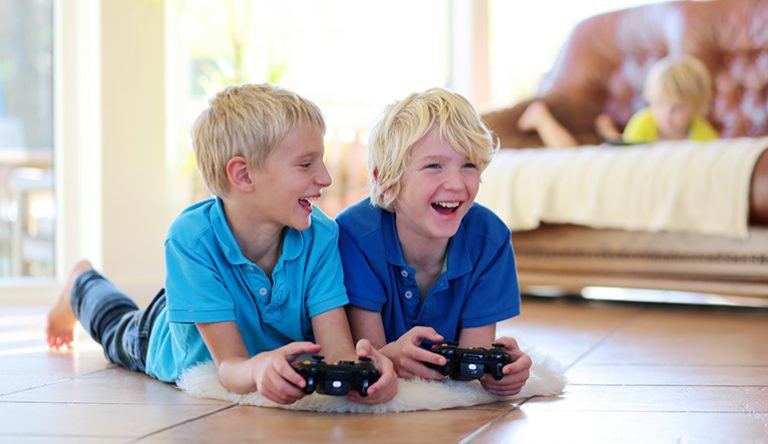 Video game time? Sure, in moderation

Parents know the days of summer can sometimes result in their child playing video games too many hours during the day and too late into the night. So, when that first school bell rings, it’s important to get into a routine that puts school responsibilities ahead of game time.

Gaming isn’t inherently a bad thing, however. As a matter of fact, one study published in Pediatrics (1) found that young people who spent about an hour a day playing video games showed high life satisfaction and pro-social behavior and managed internal and external problems well.

Another study looked at data from 192,000 students in 22 countries and found little impact on students’ achievement levels. (2)

“I wouldn’t say it’s widespread but there are unique situations that come up with kids,” said Julie Nelson, School Counselor at Southwest Middle School.

Nelson said students who have too much free time may migrate to gaming as something to do. Other times, she said, parents are involved with their child’s overzealous gaming.


The solution, however, is relatively simple.

“You have to limit your gaming. I would say one to two hours a day,” Nelson said. “The rule should always be homework first. ‘We aren’t gaming until we have our homework done.’”

Another solution, that might better fit a student, is to spend a half hour gaming after school, and then get focused on homework, Nelson said.


South Middle School, School Counselor Terry Caldwell said the most important thing for students getting back into the swing of the school year is just finding a healthy, manageable balance and stressed that like anything, game time isn’t necessarily bad unless it becomes excessive.

“The biggest thing is balance,” Caldwell said, “balance in school, homework, gaming and sleep, as well as physical activity.”


Let’s face it; the end of summer and getting back to the routine of the school year affects all of us. So, it’s not just a matter of restricting game time, it’s also about having realistic expectations and finding reasonable options, then finding the balance.

Smart phones, tablets, and handheld gaming options like the Nintendo DS and PlayStation Vita make it clear the world of gaming has transcended the need for a dedicated device like an Xbox or PlayStation which means managing your students’ game time and encouraging study time can be a challenge.

So, rather than round up all of the gaming devices and locking them in a drawer, here are some strategies to manage the game time and encourage study time.