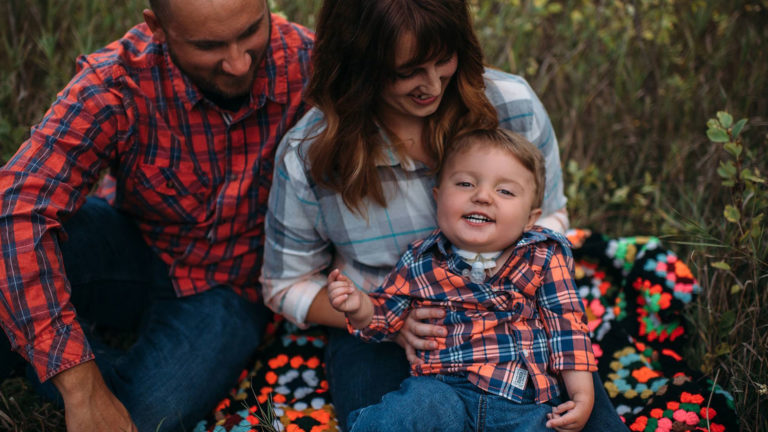 3-year-old Raylan Murphy was born with a rare heart condition that required constant attention from doctors in Sioux Falls and Omaha. But in April 2017, he was able to return to his home in the Hills and work on having a healthy, normal childhood.

Jenna and Robert Murphy both went to Central High School but didn’t start dating until they worked at Reptile Gardens together. The couple fell in love, married, bought their own house, and soon Jenna became pregnant. Their life together was falling into place – complete with the white picket fence.

Everything was going great, and the beginning of the pregnancy was easy for Jenna. The 20-week ultrasound meeting was two hours, which the couple didn’t find strange as it was their first child. But, the doctors would soon be pouring over those scans and calling the couple in for a meeting. Something was wrong.

“The next day my doctor called me and said that we needed to come in and talk about our ultrasound results. There was something wrong with our baby’s heart, and we had to wait two weeks before we could see a specialist,” explained Jenna. ‘Those were probably the longest weeks of our life — just waiting to find out what was going on.”

Their world was shattered when the young couple found out about their baby boy’s complications. A blockage developed in his stomach because he couldn’t take in fluids correctly. If her belly got too big from fluid, it would cause more complications like going into early labor.

“My doctor said I was the size of someone carrying triples,” Jenna recalled. “My back would always hurt.” 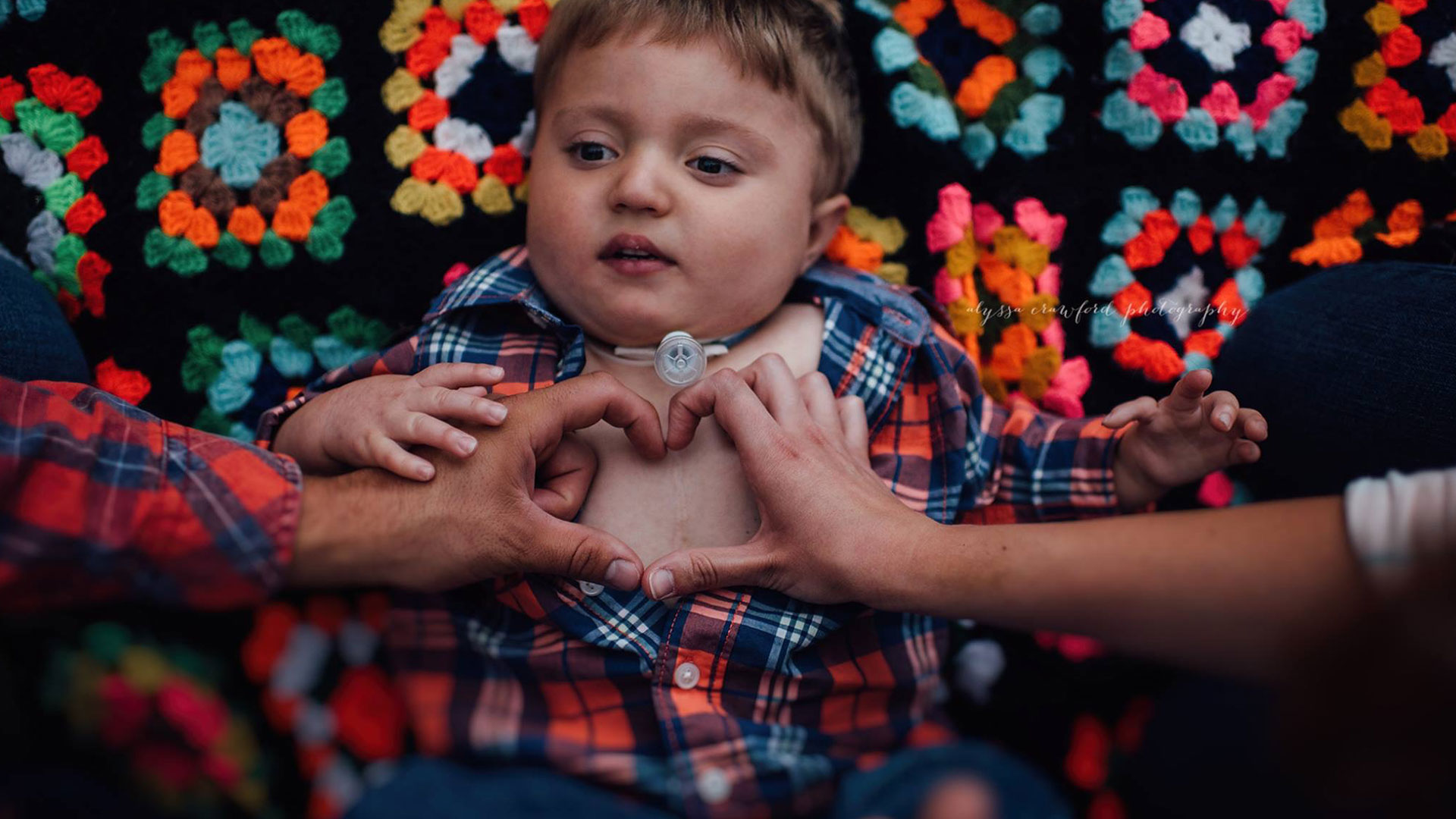 After visiting specialists, they found out that their son would be born with a congenital heart defect called tetralogy of fallot with absent pulmonary valve. He had a hole between the lower chambers of the heart and the path from his heart to the lungs was obstructed. He didn’t have a pulmonary valve either, which controls blood flow from the heart. He would need surgery immediately after birth.

“I was really nervous and always wondered what the future was going to bring,” said Robert. He then added that Shaun White, the Olympian snowboarder, was born with tetralogy of fallot, which renewed his hope that his son’s condition wasn’t a life sentence.

Four weeks before the due date, the couple left for Omaha. While going out the door of the Children’s Hospital & Medical Center, Jenna’s water broke. At 3:28 in the morning, Raylan Murphy was born. She held him for a few seconds before he was rushed to the backroom where the nurses worked to make sure the newborn could breathe. Jenna only got to see him for a few minutes before he was transported to the neonatal intensive care unit. At three days old, he had his first surgery to fix the blockage in his stomach.

“For the first few months, we couldn’t even hold him; we had to look through a glass to see him. He had so many wires, cords, and tubes that you couldn’t hold him without getting tangled up,” said Robert.

After his condition stabilized, the family of three moved to Sioux Falls to be close to the Sanford Children’s Hospital.

“He went from 0 to 100 in seconds, so it was good to be close to a children’s hospital with specialists. There were times in Omaha where he scared the doctors with how bad he got so quickly,” Jenna said. “It was almost like we were back tracking. We owned a house, we were going to start a family, and then we had to restart in a new city where we don’t really know anyone.” 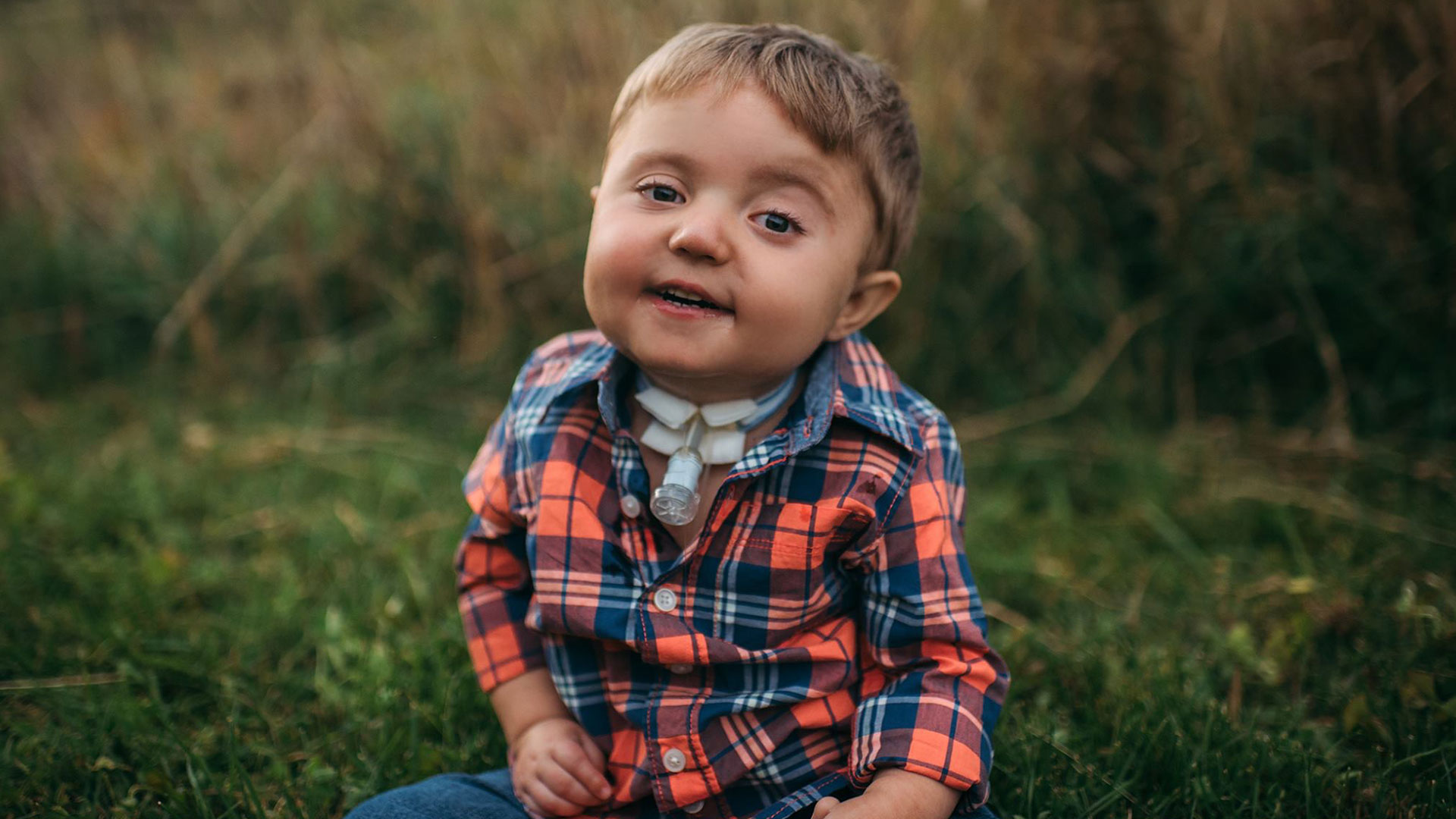 After two years in Sioux Falls, Raylan’s condition had improved and they were given the green light to return to Rapid City. In April 2017, the Murphys returned to their hometown, where Raylan is now thriving.

He loves swinging at parks, watching motocross with his dad, and visiting Reptile Gardens – the place that his parents were introduced so many years ago. In the hospital he wasn’t around kids much, so he’s beginning to learn to be around other kids.

“He is developmentally behind from being sedated in the hospital so much and all the medication that he’s had. He’s picking up new words a lot, which is exciting,” Jenna said.

Despite the time, money, and stress that they experienced with her last pregnancy, Jenna and Robert decided to keep growing their family. Jenna is pregnant again and due in February! They did genetic testing to make sure there is not a higher likelihood of complications, but everything came back normal. While they are nervous, they know that they can take on any new challenges that baby #2 brings!

“If it comes down to it, where we have to start all over like we did with Raylan, then that’s what we’re going to do,” Jenna said with a smile.

It Takes a Village

The Murphy family has connected with several heart condition support groups in the Black Hills like Midwest Connection and Mended Little Hearts.

The Rapid City chapter of Mended Little Hearts sends out support bags to families whose kids are going through surgeries related to congenital heart defects. The support group meets once a month at Rapid City Regional Hospital to ensure that everyone in the group has adequate support to deal with their complicated situations.

The American Heart Association hosts events in Rapid City and across South Dakota.

Robert affectionately calls his son “Hulk” and has a hulk tattoo to symbolize Raylan’s strength. He and Jenna also have matching tattoos that read “Raylan Strong” with the congenital heart defect ribbon.

“We still haven’t seen it in any baby books,” Robert joked.