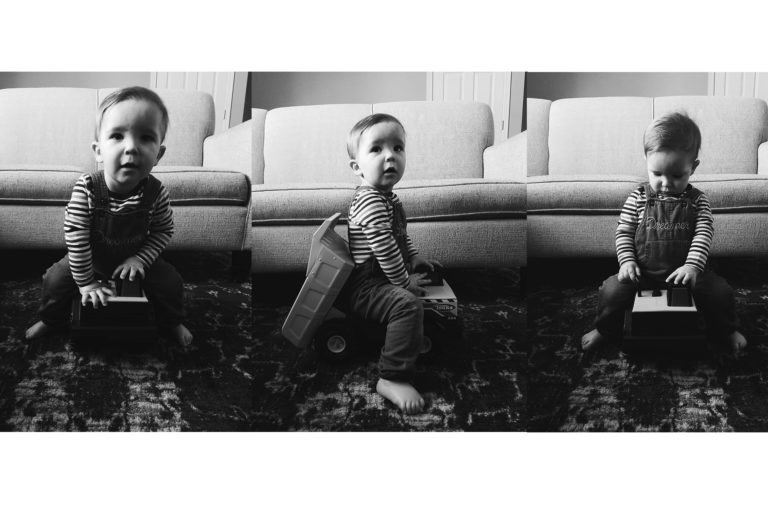 On June 5, 2016, Taylor Guthmiller and Dan Martin welcomed their perfect baby boy Keller Jackson into the world. The Spearfish couple had everything they ever wanted: a beautiful, healthy family.

“I never had anything I was seriously passionate about until I became a mother,” said Taylor beaming over Keller. “I loved everything about pregnancy, delivery, the newborn phase, breastfeeding, etc. Everything came so easy to me and I thought: ‘this is what I’m meant to do with my life’.”

While Dan works as a foreman, and Taylor has the opportunity to work part-time at Keller’s preschool.

“It’s awesome that I get to spend so much time with him,” said Taylor. “Dan is the most amazing dad. His hard work allows me to spend the most time possible with Keller, and I am grateful for that every day.”

But, there is more to the story.

After their healthy baby boy had been hitting every milestone, Taylor and Dan’s doctor noticed the left side of Keller’s chest protruding. At nine months old, Keller was taken back for X-rays that showed an enlarged heart.

Entering their appointment with the Pediatric Cardiologist with confidence there was a mistake, their worlds were shaken and the rollercoaster began. Keller was diagnosed with an incurable disease called Dilated Cardiomyopathy – a condition where the heart’s ability to pump blood is decreased because the left ventricle is enlarged and weakened.

Medication began and the little family was sent home.

“We were sucker-punched,” said Taylor. “We tried to go on with our lives, though our world had been turned upside down. I didn’t sleep for three days – just watching him take every breath.”

After time passed, Taylor and Dan swallowed what had been handed to them and decided it was an opportunity to live each day to the fullest – as if it was Keller’s last day with them.

“Each day we laughed, played, took pictures, and made memories,” said Taylor. They had gone into overdrive. Faced with a daunting situation, the future of their baby boy’s life was unknown.

One month after being diagnosed, Taylor, Dan and each of their families traveled to Omaha, Nebraska to meet the team of doctors at the Children’s Hospital that would treat Keller for his whole life. There, the uphill ride turned downward. A heart failure specialist saw something everyone else had missed.

“He informed us that he believed Keller was born with a heart defect called Coarctation of the Aorta, a narrowing of the aorta (the major artery that carries blood to the body),” explained Taylor. “A CT scan the next day showed that he was right, Keller had a rare, severe case that was causing his heart failure.”

Keller was admitted to the hospital right away and two days later on April 19, 2017 – their 10-month-old baby underwent a 5-hour open-heart surgery.

“It was utterly terrifying to find out how sick Keller was,” said Taylor’s mom Kanda. “It was gut-wrenching to see that tiny little guy with a huge cut down his chest, drainage tubes, and IV hanging off his head.”

Taylor had a bed brought into Keller’s room so she could sleep next to him rather than having him in a crib; both parents never leaving his side.

“It was wonderful to see our families band together,” said Kanda. “Everyone came to Omaha.”

He spent two days in the PICU, and five days in the cardio-wing before being released home.

“When I say we were sucker-punched, I mean it,” said Taylor. “We had a strong, happy baby boy who was dying and we didn’t know.”

To this day, doctors are still baffled by the family’s story; but it is evident this little boy has a heart filled with determination and strength. At 10 months post-operation, Keller now has normal heart function and is weaning off his medication.

No parent would wish the rollercoaster of emotions that go along with seeing a loved one hurt upon anyone.

“It is impossible to describe the feeling of handing off your precious baby to a team of doctors that will stop his heart, cut into it, put it back together and then try to get it to work again,” said Taylor. “ It makes my stomach turn every time I think about that moment.”

Call it mother’s intuition, because when the couple was reunited with their baby boy – they knew everything was going to be ok. There were rough days in the road ahead of them, but Taylor and Dan kept a smile on their faces – Keller was able to go home.

“We looked at our son and absolutely couldn’t believe how strong he was,” smiled Taylor. “He is meant to be on the planet. He will do amazing things. We live and breathe for this kid. Now that it’s all said and done, we have no idea how we got through it. It made us better parents; better people.”

February is American Heart Month – a time to remind Americans to focus on their hearts and encourage them to get involved.

“Baby well checks are so important,” said Kanda. “We were lucky that the pediatrician felt something wasn’t right and sent Taylor and Dan to a cardiologist.”

Asymptomatic left ventricular systolic dysfunction (Asymptomatic LVSD) – a precursor to congestive heart failure (CHF) that often goes unnoticed. Do you have a child with congenital heart disease (CHD)? Talk to your pediatrician, reach out for help, and find support:

“We found so much comfort in Facebook support pages,” said Taylor “We still talk to families all over the world with similar situations. Before and during Keller’s heart failure, we were looking for support and answers. Now, we get to offer support to other families and share our story – hopefully bringing hope to others.”