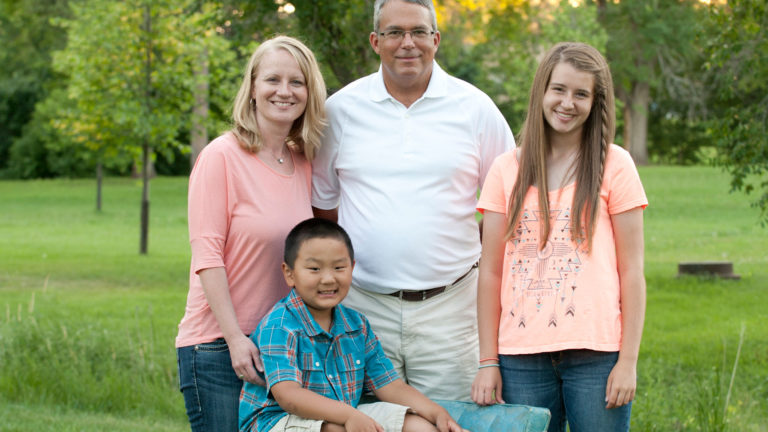 To celebrate 5 years of magazines, BH Parent checks in on families who have been featured.

Stacy and Jeff met in Wall in 1994. A year and a half after their first date, they were married. Six months later, their first child, Brittany, was born. But the pregnancy was not without complications. After her daughter’s birth, Stacy discovered a mole on her back that turned out to be cancerous and thought to be brought on by hormones from the pregnancy. Stacy was advised not to have any more children as she continued to suffer through health issues into the following year.

But as she grew healthier, Jeff and Stacy realized they wanted more kids. They explored local adoption agencies but did not find a fit that felt comfortable. Stacy’s family referred her to an international adoption agency.

They met Amy and Clint Oyler, another family from the Black Hills who were adopting from the international agency.

In late December 2005, the Barnes got the call – their baby boy was born in South Korea!

On March 17, 2006, both families met their babies. The Barnes met Parker, who was only four months old at the time. The Oylers met their daughter, Evie.

Every year, the Oyler and Barnes families celebrate “Airplane Day” together.

“I forget he’s adopted. He and Brittany still fight, I still catch myself thinking, ‘Parker had better not eat too much salt, I have high blood pressure’ or whatever, and then realizing it doesn’t matter,” said Jeff in the original article. Stacy added, “adopting Parker opened our eyes to all the ways you can have a family. I feel like part of the reason I got sick was so we would get him. We never would have done this if it weren’t for that.” 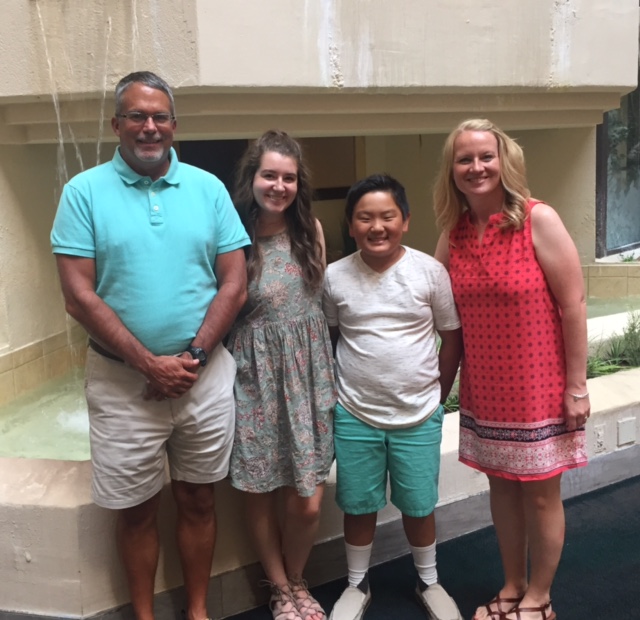 The Barnes family has kept busy in the past few years.

In 2015, Brittany graduated from Stevens High School and started school at Minnesota State University, Mankato to study elementary education. She will be starting her junior year in the fall. Until the school year starts up again, she is back home and saving up money by waitressing.

Parker will be starting his first year of middle school in the fall at Southwest Middle School. He is involved in lots of activities like playing baseball, football, piano lessons, and collecting Pokemon cards. He has won his school’s spelling bee for the past two years!

He wants to play professional sports when he is older. But if that doesn’t work, he wants to study at the South Dakota School of Mines & Technology and become an engineer.

Parker has been accepted into the family with open arms.

“My sister, who lives in Wall, was watching the Olympics with her boys last summer and when South Korea was competing she told her eight year old that South Korea was the country where Parker was born. My nephew looked at her in disbelief and asked “Parker is adopted?”

He just fits perfectly into our family and we thank God everyday for blessing us with him,” said Stacy.