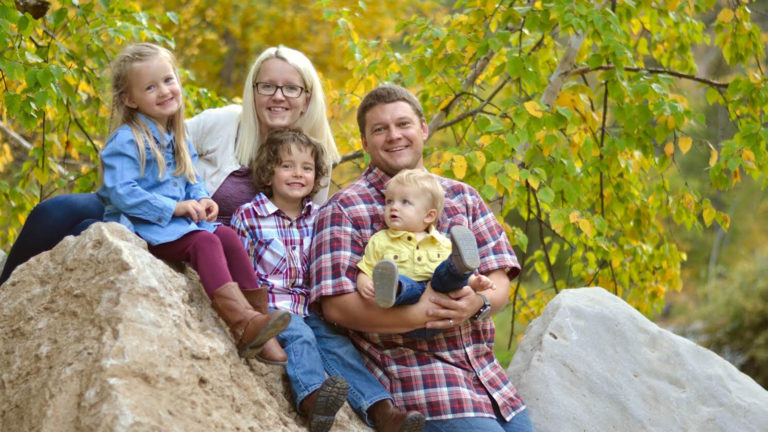 To celebrate 5 years of magazines, BH Parent checks in on families who have been featured.

In the spring/summer 2013 issue of Black Hills Parent, we featured family were the Joyces with Mom JC, Dad Nick, and one-year-old twins Alexander and Avery.

JC and Nick both attended the University of Nebraska and worked at Scheels, but didn’t start dating until 2002 when they met on a friends boat. Two short years later, they bought a dog together and were married. They moved to the Black Hills in 2008, and became parents to twins in 2012.

Before the twins were born, JC was offered a manager’s position at Scheels. They decided it would be best for Nick to become a stay-at-home dad.

“It just didn’t make sense to pay for childcare for two,” explained Nick in the 2013 article.

The new parents struggled with lack of sleep, changing diapers, keeping the curious twins out of trouble and on the same schedule.

Life has changed a lot for the Joyces in the past four years.

In November 2015, Lincoln joined the Joyce family. Even though he is still a baby, he looks up to his older brothers.

“He adores his older siblings and tries to do everything they do. They think he’s the coolest little brother around,” said JC.

While Nick no longer has to deal with changing two sets of diapers, he is now faced with the challenge of keeping the preschoolers occupied over the summer while looking after Lincoln.

As for the twins, they haven’t changed too much.

“Avery still like to be in charge and Xander just rolls with the punches,” said JC. “They are the best of friends even though they seem to argue more and more these days.”

When they aren’t at preschool, they love to be on the water with their dad. Nick is teaching outgoing Avery to surfboard. Xander is content with tubing; he says he isn’t ready to try surfboarding just yet.

“Those first few months will seem so long, but the years go by very quickly,” said JC as she reminisced over the last five years. “Slow down as much as you can and take a lot of pictures!”