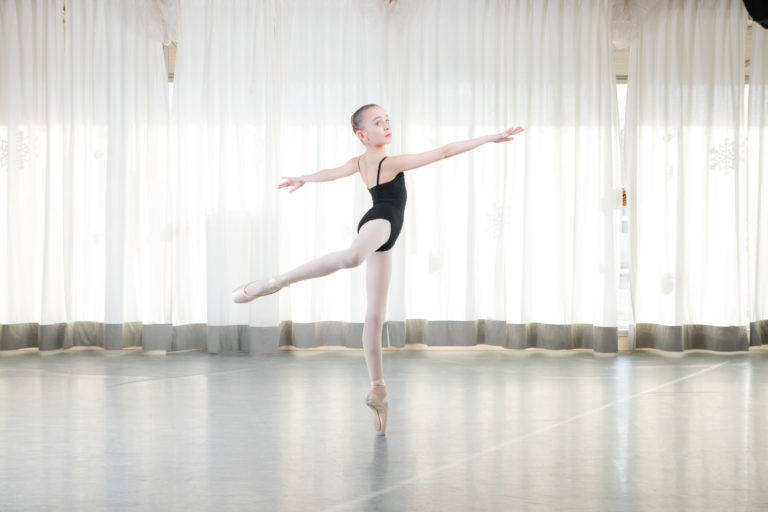 For Hannah Riley, the art of dancing represents the perfect way to express herself. “I listen to the music and either let it tell me a story, or I find a story or an emotion I really to want to convey and then find music for that,” Hannah explained.

Hannah’s mother, Tuesday, first took her to dance at a studio, in their hometown of Newcastle, Wyoming, when she was five.

“Of course, like every little girl, we said: ‘We’ll go take ballet, it’ll be cute’,” Tuesday recalled. “After the  first year, it just turned into this giant thing where it became: ‘I need more; I need more.’”

Julie McFarland, President and Director of Academy of Dance Arts in Rapid City, has taught Hannah for the last couple of years, and says she has a passion for dancing that is not typically seen in 11 year olds.

“Immediately I could see the potential she had,” Julie said. “She ate up the information I gave her. It’s literally a God-given gift that very few have. I could see that if she had the other components, like the ability to drill in and focus, she could have a professional career in dance.”

That uncommon drive in an 11-year-old is what pushes her during the ballet, point and modern company classes at Julie’s studio, five days a week, plus a weekly two-hour private lesson.

“I love how you have to really work for it,” Hannah said. “You can’t be perfect, but you can try to be better every day.”

“It was an amazing experience,” Hannah said.

In January, Hannah went to  the Youth America Grand Prix regional competition in Denver. Hannah competed in the 9-11 age division in two variations – contemporary and classical, and Julie said her scores ranged from 89 to 93 points. By comparison, a 95 would’ve earned a trip to New York City for the finals.

Whereas most took up to a year to perfect their routines for the competition, Tuesday said Julie and Hannah began prepping the routines in earnest for about two months. Her dance maturity was evident by choreographing the contemporary piece.

Hannah shook her head ‘no’ eagerly when asked if she ever gets sick of dancing, and said ballet is her favorite variation.

“It’s just so technical, and you really have to work hard if you really want to actually do it and have a career in it,” she said.

Hannah’s profound love of dance also makes the commute, night after night, worth it to the Rileys – a sacrifice, not lost, on Hannah. “It’s really cool; I can’t believe she does that,” she beamed of her mother.

Hannah was renewed for a six-week program at Bolshoi this summer, continuing the journey to achieving that prestigious professional label.

“We’ll be able to train with her privately for only so long, and then  she will need further professional training from a company school  training program where they’re dancing eight hours each day,” Julie said. An opportunity that would be music to Hannah’s ears.