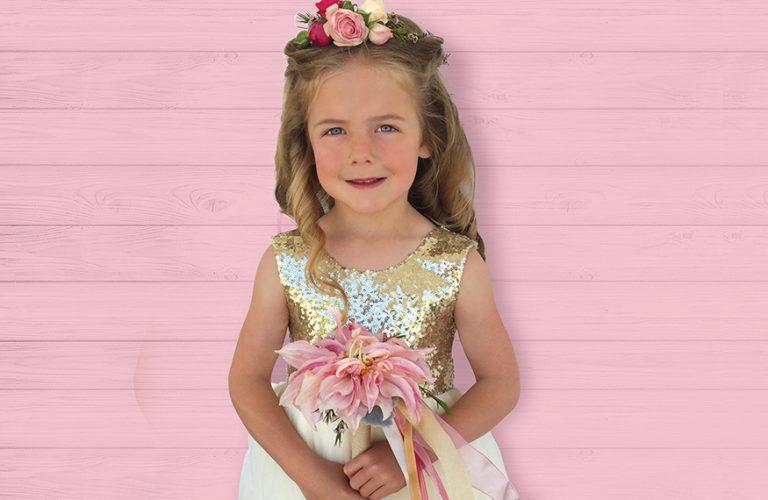 “A Princess.” If you ask 5-and-a-half-year-old Spearfish resident Hattie Ewert what she wants to be, that is what she would tell you.

The Ewert family keeps life as normal as possible for Hattie. She is currently playing soccer, loves to dance and tries to keep up with her two older brothers, all while pursuing her dream of becoming a princess.

Hattie Ewert was diagnosed at 2-and-a-half years old with Myasthenia Gravis – which affects an estimated 20 out of 100,000 people in the United States. MG – also known as the “snowflake disorder” because no two patients experience the same symptoms (which includes: fatigue, choking, double vision, slurred speech and difficulty breathing, etc.) – is a rare, chronic autoimmune neuromuscular disorder characterized by an overactive antibody production resulting in muscle weakness. The exact cause is unknown, and there is currently no cure.

Despite her mother Kelli being a nurse, living life with MG has its challenges. One of the biggest concerns is not having a specialist in the local area, which means frequent trips to Denver are required to receive IVIG, an infusion used to affect the function or production of abnormal antibodies. The treatment options for MG can vary and include: chemo treatments and medications and procedures, or a combination of both.

Hattie’s family monitors her closely making sure she doesn’t go into a “MG Crisis” – which is most commonly triggered by becoming overtired. A Myasthenic and Cholinergic Crisis usually affects MG patients, which prevents them from being able to breath or swallow and displays muscular weakness or respiratory paralysis. Both are considered life threatening.

The family stays busy as active MG advocates and educators. They hope their MGKids superhero fundraiser happening October 2 at the Spearfish City Park Pavilion from 2-4 p.m. will help spread the word.

To learn more about MG, check out MGKids.org.