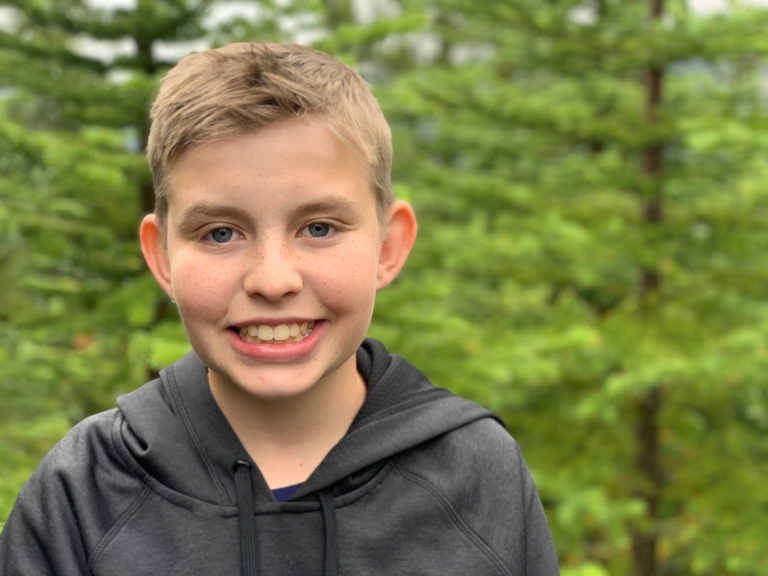 If the name Bennett Gordon rings a bell, it should. We featured the Sturgis youth last year when he organized an essay contest for South Dakota students in order to raise awareness about recycling. Bennett is back at it again this year, with a brand-new recycling-themed essay contest. This time around, two students will be awarded prizes, rather than just one.

Bennett, age 13 and a seventh-grader at Sturgis Williams Middle School, developed an interest in recycling following a field trip to the Rapid City landfill. In studying up on it, he was dismayed to learn that although 94 percent of Americans support recycling, only 35 percent actually make the effort. The Gordons are actively involved in 4-H and each family member has taken on different projects over the years, so Bennett decided to make recycling his own personal cause. His efforts to encourage people to take action and begin recycling have included recycling drives to reuse shoes, coats, clothing, books, and electronics; 4-H and community presentations on recycling; and the creation of a website and Facebook page, creatively named Recycle: There is no Planet B.

Bennett’s mom, Kindra, is his biggest spokesperson, and has witnessed firsthand the positive changes once the Gordon family began recycling. They are throwing out a lot less trash, for one thing. “The thing Bennett likes to tell kids and share is that everybody can make a difference,” she says. “If we all do a little bit, it adds up to make a big impact!”

Last year’s inaugural essay contest asked South Dakota fourth through sixth graders to write a minimum of 400 words answering the question, “How can I make the world a better place through recycling?” The contest received about 30 entries, and Bennett—who not only organized the competition, but acted as judge, as well—had the difficult task of choosing a winner from the many worthwhile essays. In order to incentivize even more students to participate (and to prevent him from having to select only one essay), this year’s contest will be awarding prizes for both first- and second-place. Bennett would love to receive at least 50 entries this time.

This year’s contest is open to all South Dakota students in grades 5 through 8. Essays should be a minium of 400 words and must address the theme,

“Why I recycle—and why you should, too.”

All essays must be submitted by Wednesday, April 22, 2020 (Earth Day). Each submission should include the student’s name, grade, homeroom teacher, and school address at the top of the page. They should be mailed to: