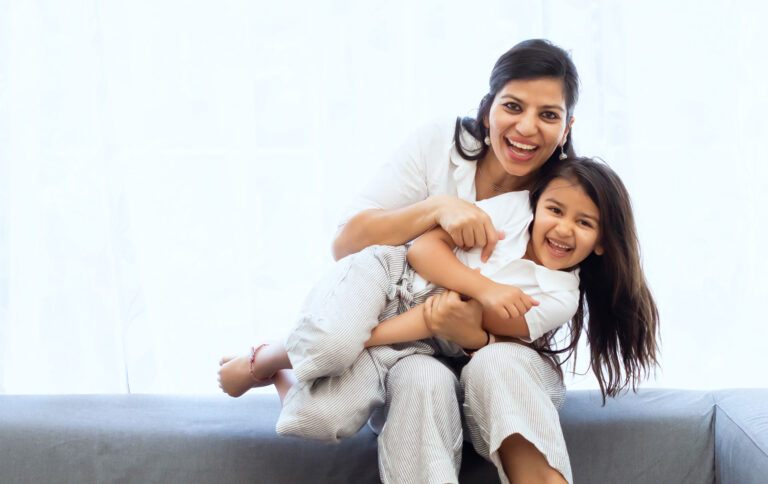 What Side of the Camera Are You On?

Have you ever searched through your old photo albums looking for photographs of you and your parents, or your kids and you? Finding photos with everybody in them can be a struggle. Oftentimes, parents remember to document the big moments in a child’s life, but they forget to include their own involvement in the memories. From the first steps they take to grade school musicals, sports tournaments, and award ceremonies, it has always been the parent’s job to take the pictures.

Strategies to Include Yourself in Photos

Watching from the other side of the camera, parents smile as their children grow before their very eyes. Even if you’ve documented their life up to now with few photos of you, it’s never too late to switch sides of the camera and to be in the photographs, too. Here are a few strategies that we’ve developed to help make this possible.

While they can be a burden to lug around, using a self-timer and putting the camera on a tripod is one of the oldest tricks in the book. Or, find a stead spot to balance your phone and set the timer before running back to the group to get into the shot.

Pass the camera around

Pass it around to another adult who is at an event or switch between parents. This way you have photos with both parents with their kids, even if they aren’t in the same image. If you’re in an area with a large gathering of people, there’s always the option to tap a stranger on the shoulder and kindly ask them to take the photo of you with your phone or camera.

Master the art of selfies… or “groufies”

It might not be the most glamorous pose or photo, but at least it’s a memory. You may even laugh at the faces and pose you make years down the road. (Groufies: defined as an image that is taken at the same angle as a selfie but includes multiple people.)

If your arm isn’t long enough to cover the whole group, consider investing in a selfie stick to help out in tough situations. People have even used selfie sticks on amusement park rides. Can you imagine going through the aerial adventure park or ziplining with the family in Keystone while using a selfie stick? Think of all the hilarious faces and moments you’d be able to capture together.

You may have thought of hiring a professional to take family photos outside or as a group in the studio, but next time your family hits a milestone, book a session at home! Have your photographer capture some favorite things you like to do as a family—maybe it’s cooking, gardening, or even just playing together. No matter what you do, the candid poses will be ones to treasure for years to come.