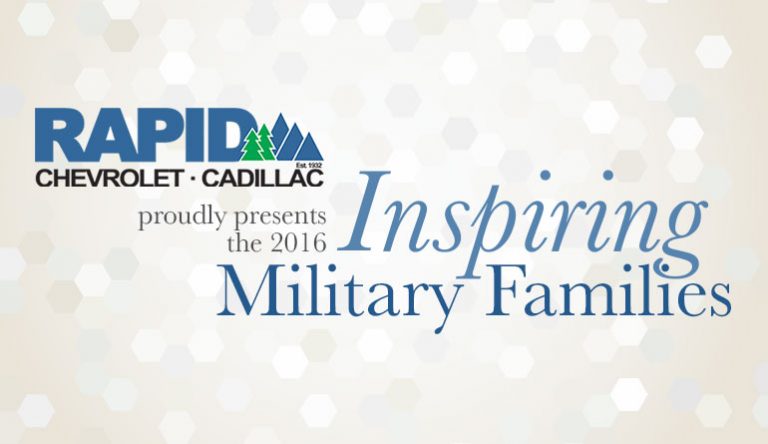 After three deployments and numerous Temporary Duty Assignments, Robyn and her husband Christopher, an Air Force officer, have experienced military life while raising their three boys (which includes twin toddlers). Deployments are challenging, but technology helps keep Christopher updated while he’s away.

“Chris is able to feel more like a part of their lives when we are able to video/Facetime. He can watch the kids accomplish new skills as they grow even when he is across the world.”

Robyn stays busy as a volunteer for the Key Spouse Program, a spousal support organization in her husband’s squadron, sewing clothes for her boys, as well as attending a Mother’s Bible Study through her local church. She is also a Speech Language Pathologist – a career she studied for in 2012 during their first deployment.

“It is fun to have a special family that no matter where you go, you meet someone that has been – or is in – the military, and there is an automatic connection,” said Alesha. Married to a Staff Sergeant in the Army National Guard, Alesha and her four children under the age of six have lived the military lifestyle for the past seven years.

Together, Alesha and her family have been through one of her husband’s three deployments and multiple trainings. Two weeks after Bradley left for Kuwait, he and Alesha shared the birth of their third child via Skype while the twins were just 22 months old.

Although it’s challenging when Bradley is across the state (or the world), it has been fun for her to watch her six-year-old son find a passion for the military. “This summer there was a couple weeks straight where all he wore was camouflage,” laughs Alesha. 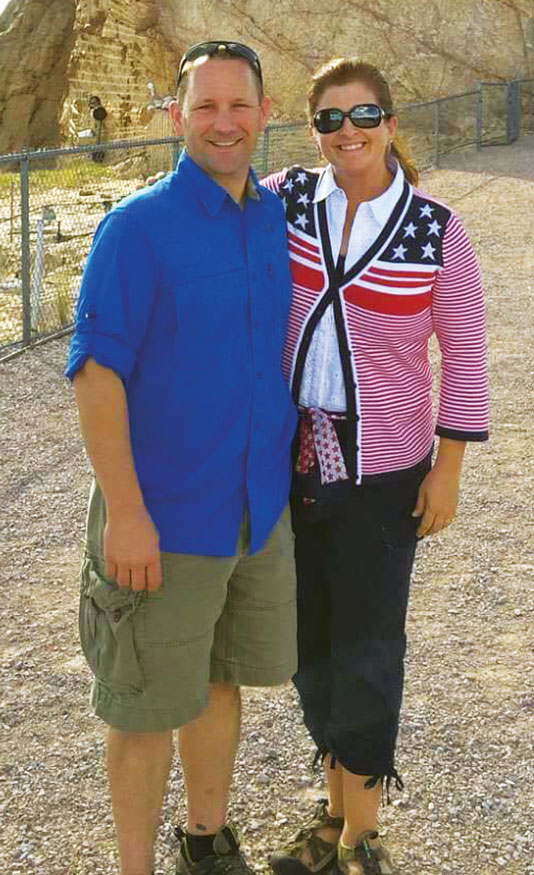 Faith and friends, in that order, have helped Cindi endure 47 deployments while being married for 24 years to husband, Ellsworth Air Force Base Commander, Col. Gentry Boswell. Having relocated 14 times during her husband’s career, Cindi embraces new beginnings by investing in

lasting friendships and cultivating new ones. “You aren’t usually stationed close to family, so the network of friends you build within the Air Force and the community is your safety net.”

The devoted mother of two is highly accomplished, with a Bachelor’s of Science in Biology and Chemistry as well as a Physical Therapy degree. Cindi’s rewarding career in geriatrics is yet another example of her passion to make a difference in people’s lives.

Cindi is often busy hosting military functions at her house to ensure incoming families feel welcomed and at home. Not only is she a convivial face among many, but she encourages others to break a sweat and get healthy, too. The fitness guru has been teaching yoga, Zumba and interval cardio classes for more than 25 years and makes it a point to instruct at each assignment location. Cindi continues to live an impactful life for her family and her military community.

“The Army requires a soldier to be ready,” explained Jenna. “Being ready requires training, and training requires time away from family.” But the challenges they face comes as the norm for Staff Sergeant (SSG) Jenna Watkins and her husband SSG Richard Watkins.

Both Jenna and Richard have served in the National Guard for the past 14 years, currently placed in the Joint Force Headquarters. The family of four makes the time they have together count by playing outside and exploring the Hills.

“We are incredibly proud to wear this uniform,” said Jenna. And their two children are proud of their parents, too. Landon (6) will respond with joy when telling his friends that his mom and dad are in the Army, and Merica (3) is quick to remind them to put on their hats when Jenna and Richard walk outside in uniform.

“We are enjoying life together,” said Jenna. “Fourteen years later, here we are blessed with amazing careers as soldiers and two happy children.” 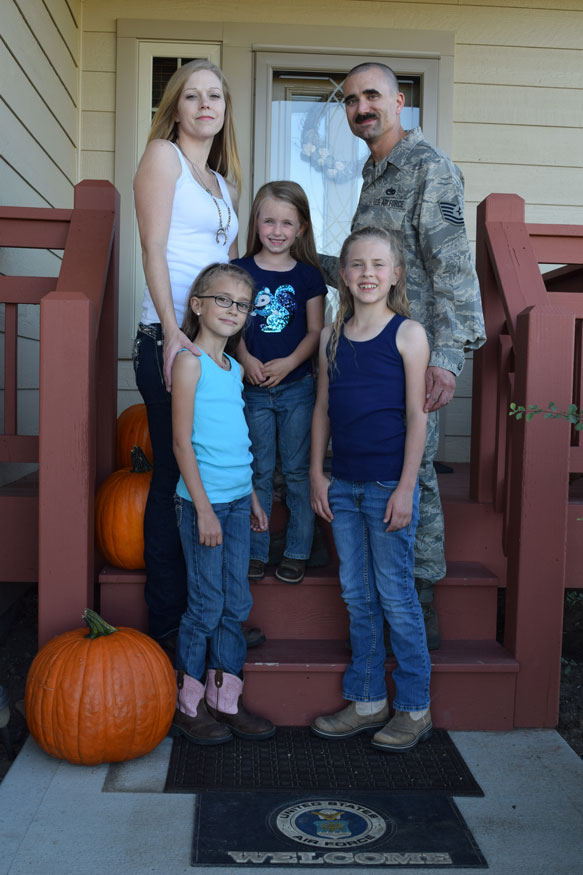 Amy married into the military life 13 years ago, it was then that she decided to commit to supporting her husband in all aspects of his career to our country. Although deployments and frequent moves coincide with the military lifestyle, Amy admits she was honored to be a part of it. “The most rewarding thing about being a military spouse is knowing that my husband is as devoted to our country as our family.”

Her biggest accomplishments are her three daughters. Raising them to be strong and independent is her top priority. Having gone through several deployments and multiple duty stations she is proud of how resilient they’ve become. “Whether it is meeting new people, moving your household across the country, or starting a new school, a military family becomes strong enough to face it head on. No matter what, we are here for each other first.”

Amy also enjoys improving other people’s lives. She is currently a Registered Nurse at Rapid City Regional Hospital. Recently she has been nominated for the “Daisy Award”, a prestigious award in nursing. She continuously strives to make a positive impact and is proud of her military family contribution to this world.

The mother of three also served in the military as a vocalist in the Air Force Central Command band. Her time in the service took her to a number of places, including the Middle East where the band performed for troops. Singing upbeat, happy tunes to soldiers while on deployment gave her an overwhelming sense of joy. Ultimately, Johanna left her active duty position to be able to stay at home and raise her children. “The most important job in the world is raising your kids to feel loved and to be decent human beings. Some of the most inspiring people in my life are stay-at-home moms.”

After being a stay-at-home mom for several years, Johanna decided to go back to work – this time as a business owner. Brewing cups of java for her military community, Cuppa Joe Bistro recently opened at Ellsworth Air Force Base. With the help of her family and friends, she is making her dream a reality, inspiring many along the way.