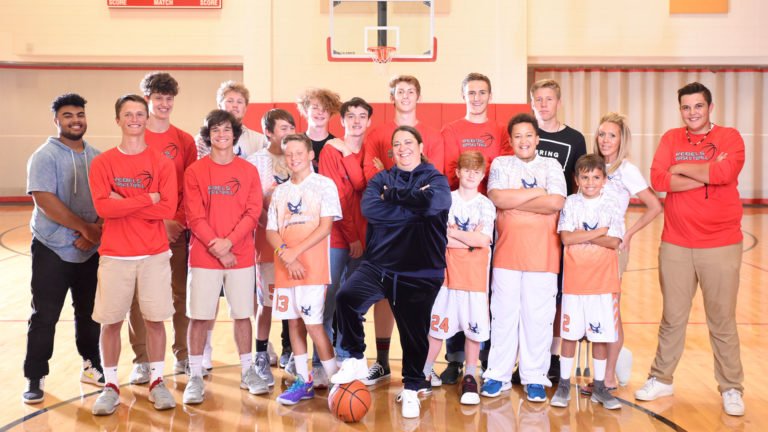 Competitive athletics isn’t anything new to Melissa Austin. She grew up playing baseball, soccer and basketball through high school and into college. And as soon as her son Gabriel could throw and kick a ball, she began coaching soccer and baseball.

“It all started as a way to spend time with Gabe,” said Melissa as she talked about the beginning of her time as a volunteer coach. What started as a group of 5-year-old Harney Baseball players with an interest in basketball has now grown into more than just a competitive travel basketball team; they are a family.

The original boys on the Rapid City Rebels basketball team are now juniors in high school – many still playing basketball for Rapid City Central and baseball for Rapid City Post 22 and the BV Renegades in Conroe, Texas. They also play football, tennis, soccer and run track. Although they aren’t playing for Coach Austin directly, they are still a major part of her new team, the Black Hills Summit, as “Bigs”. 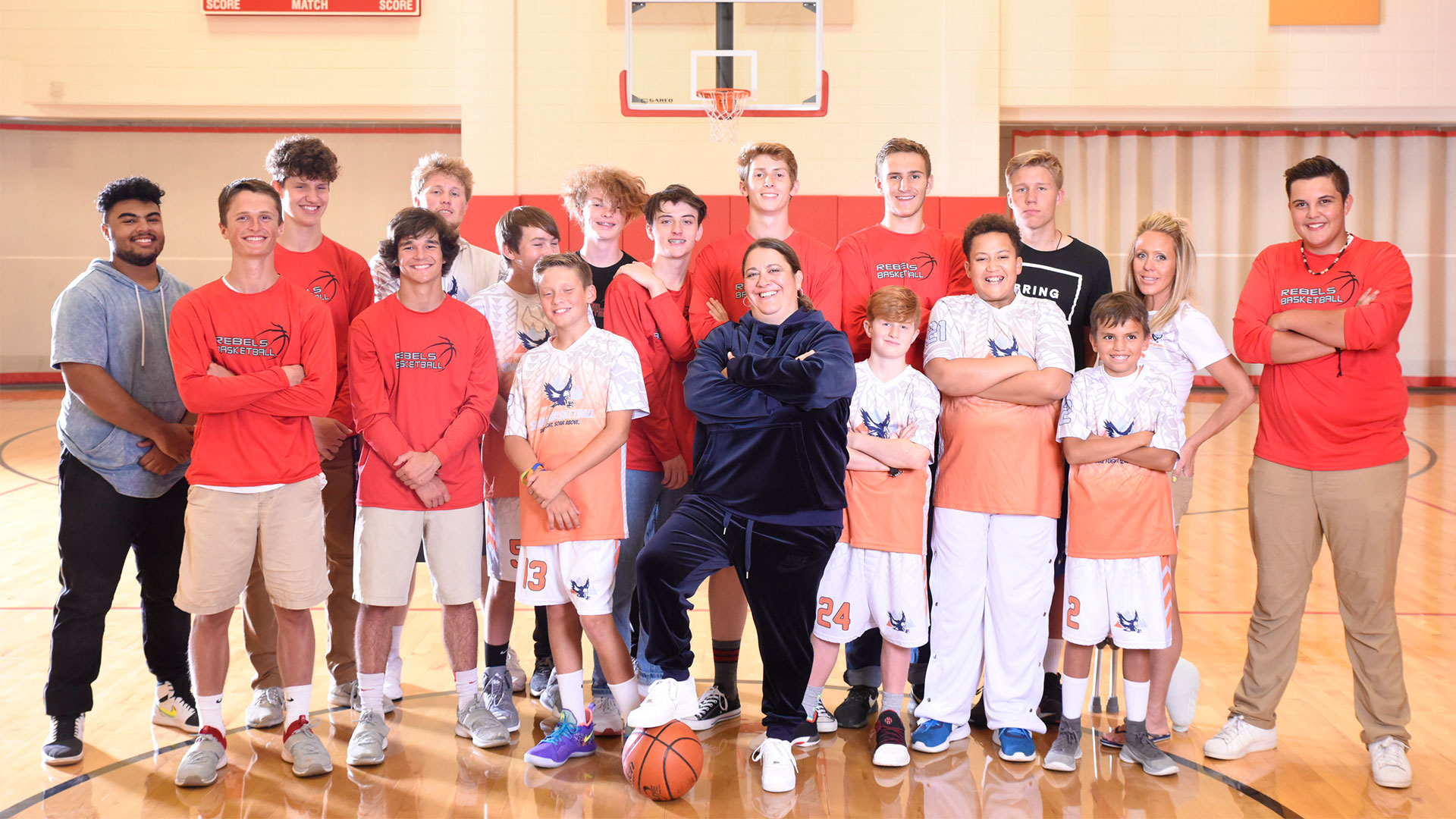 “It was difficult to think that I could coach another group of boys when I had my first group since kindergarten,” said Melissa. “But the parents of the Rebels team reminded me I had a gift to coach and mentor and that I would be able to recreate that family atmosphere no matter who was on my team.” Sure enough, the family has grown to include past and present players and their extended families.

A unique aspect to Melissa’s team is their focus and drive, not only to win, but to love and show love. Melissa paired her “Bigs” with her new team’s “Littles” and created a mentoring program between the two. They participate in a service project together every month, and they learn to give back – to have a servant’s heart.

“Her incorporation of older kids that she once coached into the lives and game of the younger kids is brilliant, and has contributed to the growth of both groups of boys,” said Brett Szymonski, a father to two current players, Dylan and Dalton. “I have seen a lot of coaches over the years and I can say without a doubt, that she is one of the very best I have ever had the privilege of watching. ”

“In today’s modern society we’ve done an exemplary job of teaching our girls to be strong and courageous while carving their unique paths,” said Melissa, “but I think that at some very critical periods of maturation, communities fail to build boys into men. It’s important to me that young men learn how to be confident, but unselfish, and competitive, but empathetic, so they will become the best students, players, employees, and husbands they can possibly be.”

Melissa’s goal is to teach her teams to recognize their full potential, and the mentoring program she has in place helps the “Littles” understand exactly what will be expected from them on both her team and in life.

Her former player – Erik Keohane – agrees. “Melissa coached me when I was younger and she has helped shape me into not only the player I am today, but the person I am today.”

“Melissa is an amazing person who absolutely gives her heart to the kids she coaches,” said friend and Assistant Coach Coralett Segrist. “She has found her niche of combining her passion of sports, youth and compassionate servitude.”

Looking back throughout the years, there have been many wins for Melissa and her teams. But the biggest success: now.

“They’re juniors in high school now and every one of them has a giving heart, they do well in school, and they volunteer and pay it forward,” Melissa said smiling. “Seeing them become these stellar young men is the biggest success I could ever ask for.”

PROUD SPONSORS OF COACHES OF EXCELLENCE: