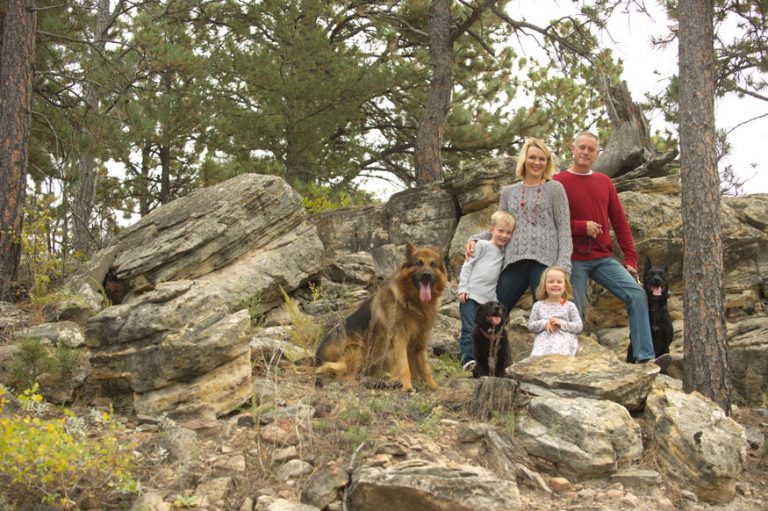 Life and work blend and compliment each other every day at the Doyle household. Take a peek at this Real Black Hills Family.

Both the Doyles and their dogs are taking the transition in stride. When Sean left for 10 weeks to train with Stryker, his former partner stayed behind with Kari and the kids. 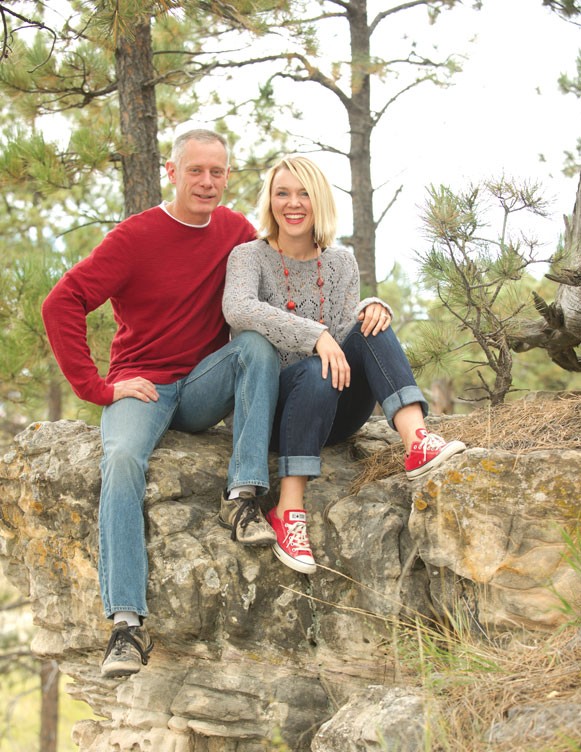 “Magnum was able to decompress and learn how to be a full-time pet without having to see me put on the uniform every day and leave without him,” he said.

Six-year-old Kilian and 4-year-old Addison love having the Long Haired German Shepherd around all the time. As if one Magnum wasn’t enough, the siblings both carry a stuffed likeness of their faithful playmate and protector and affectionately call the toy “Magnum.”

One of Rapid City’s finest has a new vocation, but he isn’t taking retirement lying down.

“The sound of belt keeper snaps and Velcro gets him heading to the front door to go to work,” Sean said.

And though he’s now accustomed to being home, sitting around all day doesn’t nurture Magnum’s hard-working nature.

“He still needs something to do in order to be happy,” said Sean, who makes sure to throw in some obedience training and evidence recovery to keep his companion content.

Now it’s Stryker, a Belgian Malinois with boundless energy, who heads out the door with dad to detect and deter danger.

“There is still a lot of youth in him,” Sean said.

The new K-9 recruit is learning to stay calm and sniff on—and not knock over the houseplants when he comes home. Manners are just as important as muscle when you’re a police dog.

Kari, the kids, and Magnum aren’t the only ones waiting for Sean and Stryker after their shift ends. Goofy, a Labrador/Corgi cross that Kari found and fell in love with at the pet store, made the Doyles part of his pack.

“I went in for a hamster, and came out with a dog,” she said.

What Goofy lacks in height, he makes up for in hubris. He’s taken on the role of pack leader.

“He… surprisingly, is the alpha dog in our house,” Kari said. “He attempts to boss the two other K-9s around, which is hilarious to watch.”

Sean, a third generation law enforcement officer who has been with the Rapid City Police Department for 17 years, said he didn’t know how much work went into being a dog handler until he joined Rapid City’s K-9 Unit. He and his partner work their normal shifts during a week, but are always on call.

The Doyles wouldn’t have it any other way.

“The relationship we have with these dogs is so unique and rewarding,” Sean said. 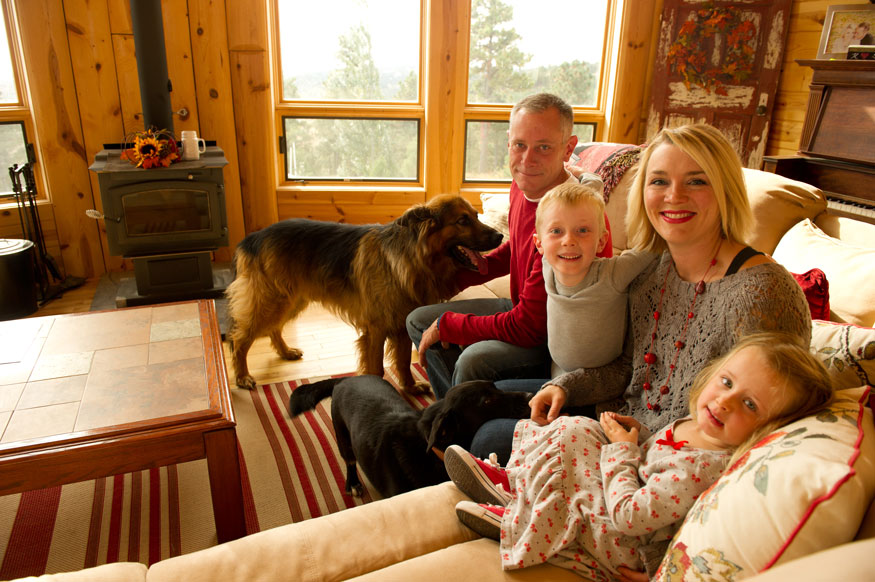 This hard-working family makes play a priority. Kilian’s keen on Legos, Addison adores gymnastics, and Kari teaches exercise classes. Together the family enjoys walks, water, and wheeling around on their bikes.

Their days are brimming with family, fitness, fun and fur, but their faith puts it all in perspective for them.

“Our lives are busy and fulfilled, but we are grounded by our faith in Jesus,” Sean said.

Photos by Legacy Photo and Design