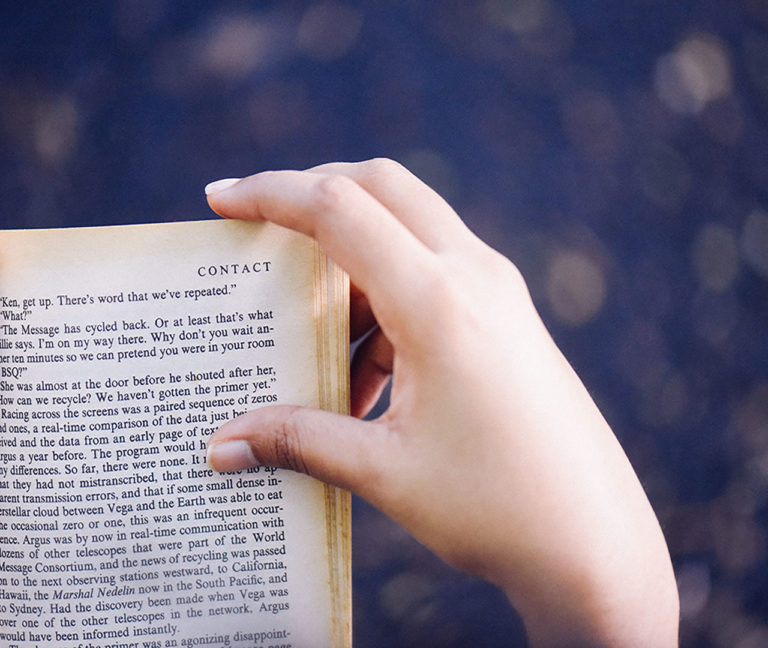 If you’re unfamiliar with oral interpretation, you are not alone. Even Anthony Flores, coach for the St. Thomas More Middle School team, admits, “You have to see it to know what it is.”

Flores, who teaches 7th and 8th grade Social Studies at St. Thomas More, has been coaching the school’s oral interpretation team for eight years. He was initially interested in debate, but once he learned more about oral interpretation, he fell in love. It’s little wonder, given his background as an English major and writer. “Oral interpretation provides a way for people to tell a story in their own way,” he says. “I can’t think of a better way to honor writers than to bring their words to life.” 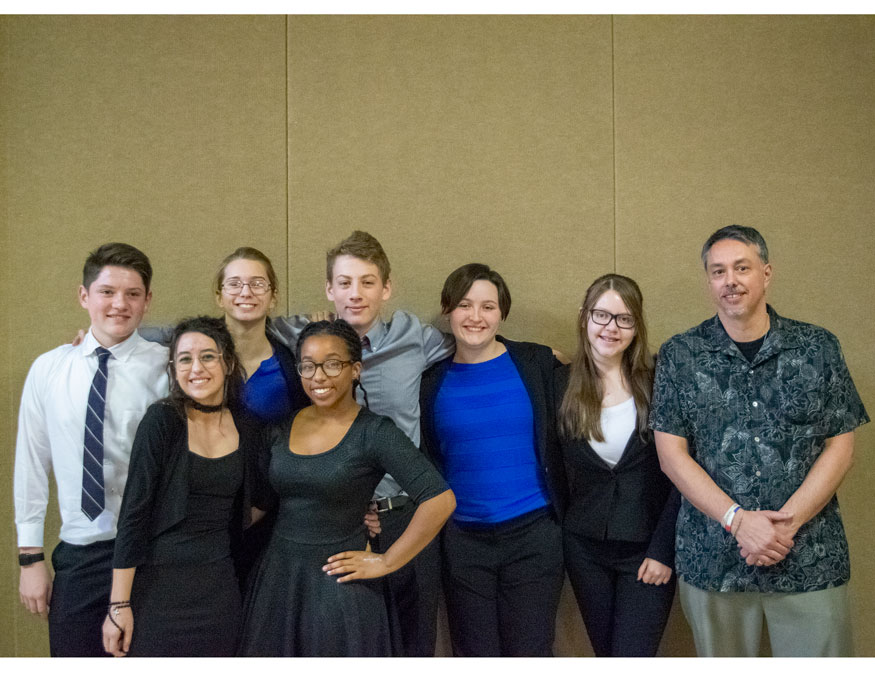 Oral interpretation students can read basically anything they want. The only stipulation is that the work they choose must have been previously published and have its own ISBN #, although there are exceptions to this rule for Storytelling, a category that allows students to perform original pieces. Additionally, because St. Thomas More is a Catholic school, students must refrain from taking the Lord’s name in vain and can’t use foul language other than the occasional mild expletive.

In all, there are seven categories in which students compete: Storytelling, Serious Reading, Poetry, Humorous, Non-Original Oratory, Duet, and Reader’s Theater. St. Thomas More’s team averages 13-16 members at any given time, though there have been as many as 20. Interest waxes and wanes, depending on the passion of the teachers and coaches involved. It’s on an upswing now, thanks in large part to Flores’ dedication. Anybody is allowed to compete for a spot on the team, and there is no blueprint for success; different categories tend to attract different types of students. Oratory, for instance, requires exceptional public speaking skills but is light on movement, while Poetry and Serious Reading inspire more animated performances. “I’ve seen people excel who I never thought would,” Flores says. “In general, good readers make good oral interpreters.”

Flores says oral interpretation teaches kids many important skills, with the most obvious being public speaking. Without a doubt, it takes courage to stand up in front of others and read from selected works of art that, for many, are deeply personal. Oral interpretation also makes competitors better readers, allows their imaginations to flourish, and strengthens their editing skills. There are strict time limits for each oral interpretive piece; students have 10 minutes and 30 seconds to read their piece (5 minutes and 30 seconds for Reader’s Theater selections), which makes brevity key. Students must learn how to take a 300-page novel and condense it into a 10-minute story. This proves to be a challenge for many. Some people are good at cutting pieces while others are better at performing. As coach, Flores’ role is quite varied. “Sometimes I’m their cheerleader, other times I’m their muse,” he says. “I’ll become intimately involved in what they choose, help them cut their piece, teach them movements, and a lot more. It’s kind of like a Jackson Pollack painting, with so much going on.” Often, simply balancing personalities is key.

Like other electives and extracurricular activities, oral interpretation has a defined season. Students start practicing in September, and competitions kick off the first week of October. There are typically six competitions every year involving half a dozen Black Hills area schools; toward the end of the season, coaches in Class A schools decide who to send to regionals (Class B schools go to Districts and Class AA schools select one student to go directly to State). Each school is allowed one performer in each of the seven categories, with the top three moving on to the Oral Interpretation Festival, where students from across South Dakota compete for “Superior” ratings. This year’s event takes place December 6-7 in Yankton.

Students who are passionate about oral interpretation look forward to competing every season, but Flores is quick to stress that seniority doesn’t guarantee anybody a spot on the team. Paraphrasing George Orwell’s classic Animal Farm, he shares, “All oral interpreters are equal, but some are more equal than others.”