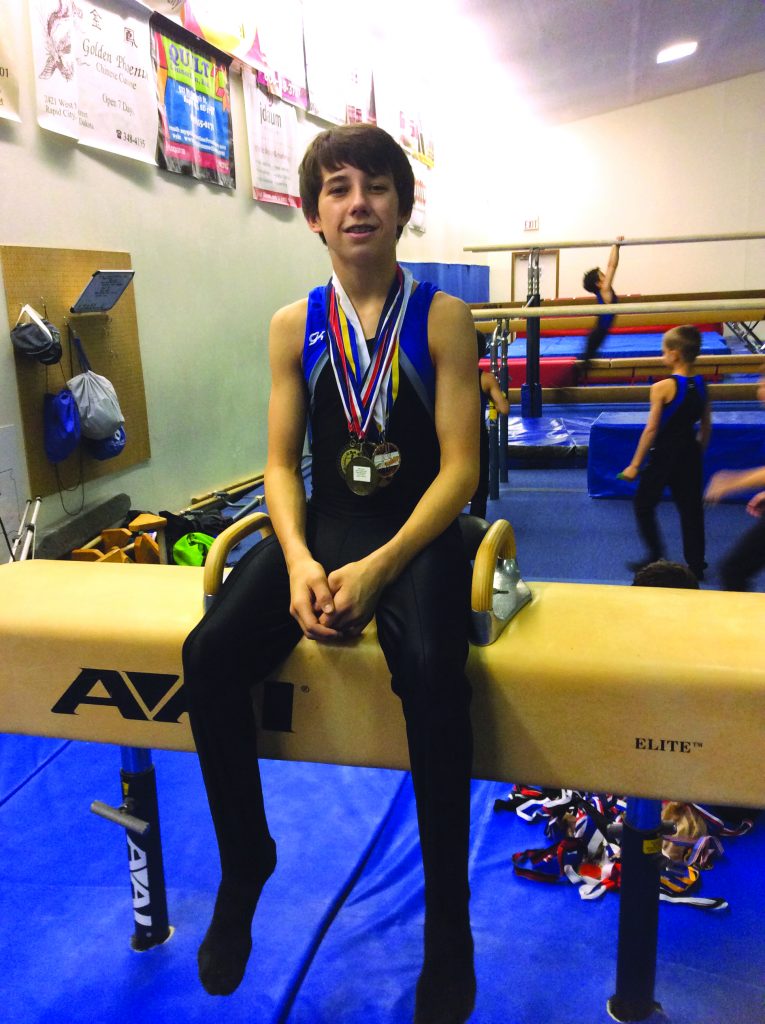 Awesome Athletes: Level 10 gymnastics is the highest level to be achieved in the USA Gymnastics Junior Olympic Program, and Rapid City Gymnastic Academy is honored to be the home gym of two athletes performing at this level.

Joseph Carlin, a sophomore at St. Thomas More, can be found most nights, and even some weekends, at Rapid City Gymnastics Academy working on his routines. His favorites are the high bar and pommel horse. A great moment for him was when he was 13 years old; he learned how to do his first release off the high bar. Joe is part of the only gymnastics boy’s team in the entire state of South Dakota and will compete in seven or eight gymnastic meets that run from January through April. Joe hopes to obtain a gymnastics scholarship and attend college in either Minnesota, Nebraska, or the Air Force Academy. 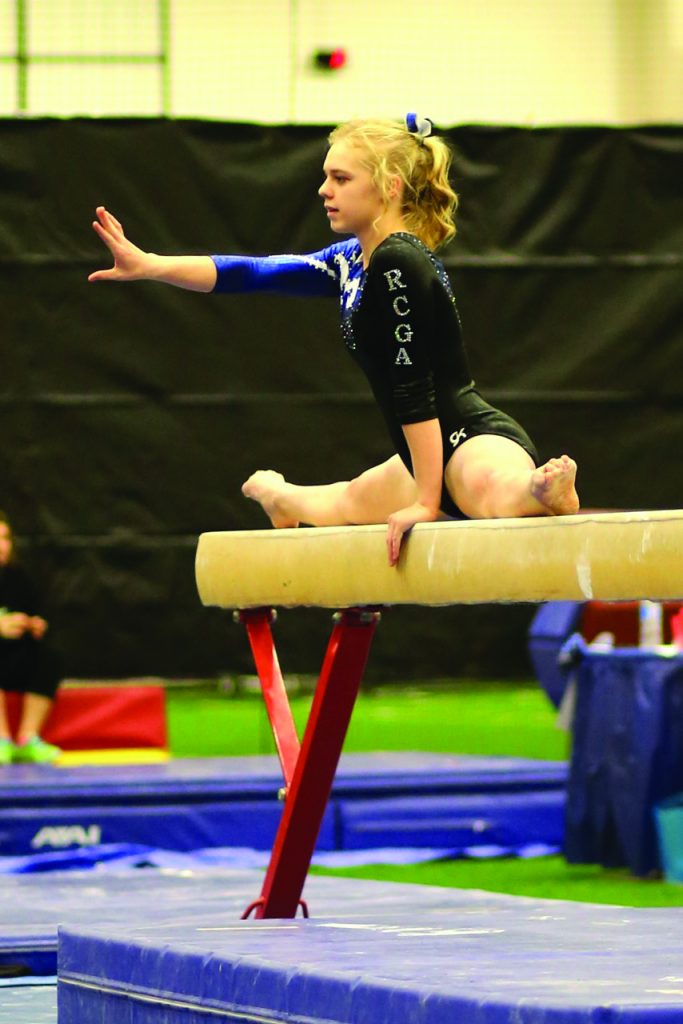 Chelsey Christensen, a sophomore at Central High School, is in her third year of Level 10 gymnastics competition. She has been in gymnastics since she was two years old, and the hard work and training over the years has earned Chelsey the status of the only current Level 10 female gymnast in Rapid City (as of the publishing of the article). Chelsey’s favorite events are the uneven bars and floor exercise, and she is training in hopes of earning a repeat opportunity to compete at the 2015 State and National competitions. This young woman hopes her success will inspire other female gymnasts in the area.

As Level 10 gymnasts, both Joe and Chelsey have displayed the commitment, skill, and dedication it takes to become two of the best gymnasts in the United States. Congratulations, and best of luck to these two awesome athletes.