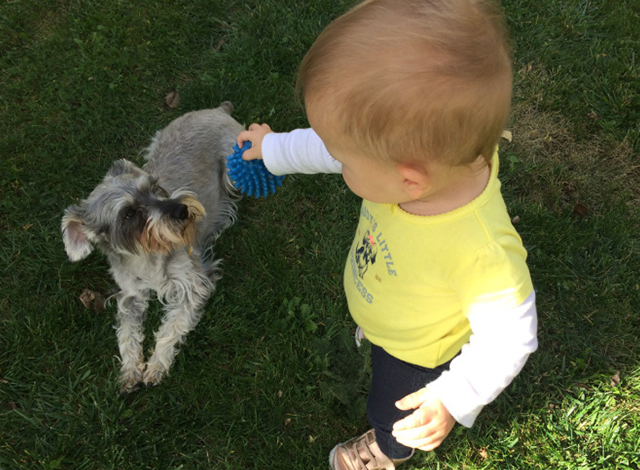 Looking back it seems Norman, our Miniature Schnauzer, had an idea that something was up when I was just a few months pregnant. As we began to set up the nursery, Norman would wander in there looking around. Eventually, it became a nightly routine. He would go into the baby’s room, coming right back out, and we would say: “Is there a baby in there yet?”

Norman has always been a very gentle dog. He is timid and has never shown aggression. Still, I was unsure of how he would react when we first brought our daughter home from the hospital.

For the first several months of our daughter’s life, Norman kept his distance. Now, he is warming up to her and she is learning to pet him, instead of grabbing his beard. Currently her favorite thing (and his) is when she gives him his nightly milk bone.

There is a plethora of info out there on how to introduce a new baby to a fur baby. Here are a few things that worked for us: 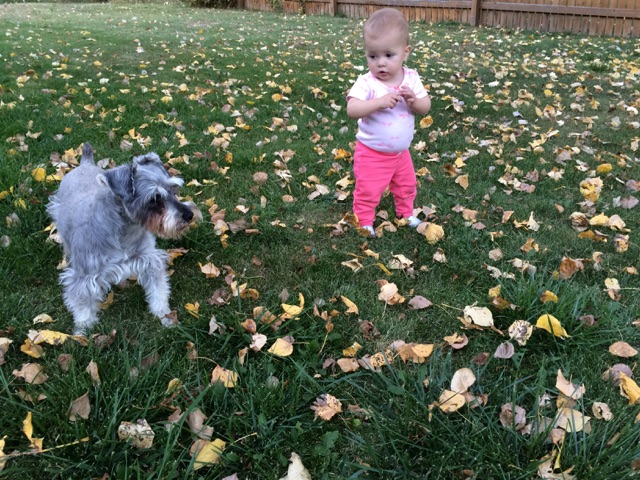 A dog and his baby sister (or brother) can live in harmony. Just make sure to give them both the love and attention they need and deserve.