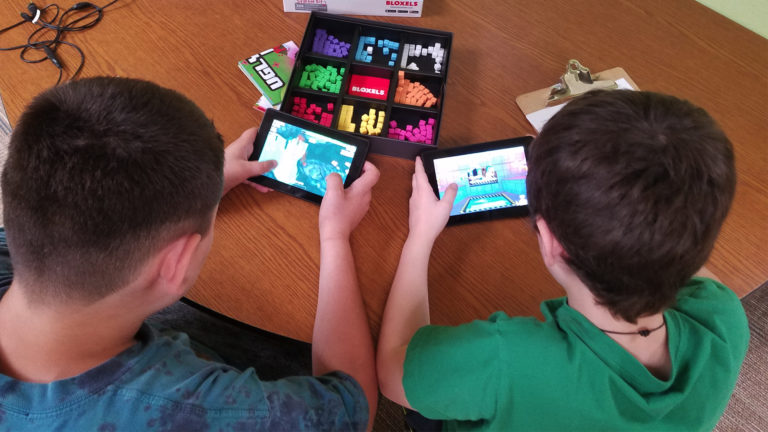 X:Lab at Club for Boys

You wouldn’t be able to keep the boys out of the Club for Boys library, even if you tried.

As the organization works to transform its library into a hub of hands-on learning and STEAM (science, technology, engineering, art and math) activities, more of the Club’s members are heading to the library each day with anticipation, according to Program Director Carri Redmond. “I’ve never seen so many boys wanting to be in the library,” she said. “The changes we’ve made have completely changed our boys’ attitudes about learning. Boys are using technology to learn and engage and get excited about things that are going to benefit them as students and future adults.”

So how did that happen? It started by giving the library a new name, “X:Lab,” and focusing programming around three pillars: a technology lab, a reading lab, and a project lab. In each pillar, students are given the space to think, explore and master new skills. “This is a place where kids can have resources to see their ideas come to life,” said Stephen Tafoya, director of education at the Club.

In each lab, boys have more control over what they want to learn, giving them the opportunity to grow in what they are passionate about, be creative and develop skills for their future. “We want to give our members access to the tools and technologies that empower them to be creators and not just consumers,” said Tafoya. “We believe all students are creative and X:Lab is where they can bring their ideas to life in a fail-safe environment.”

That means students have the opportunity to learn robotics, computer programming, 3D design, video production, music creation, virtual reality and more. And at the Club, members don’t just read about those things—they are actually sitting down and programming video games, printing out their 3D designs to take home, and even mixing up some slime.

Chantel McDonnell, director of special projects, recalled a moment recently when she witnessed boys taping a mock newscast in front of the X:Lab’s green screen, after they had “gathered the Club for Boys news” for the day. “It was one of the sweetest things I’ve seen in a long time,” she said. 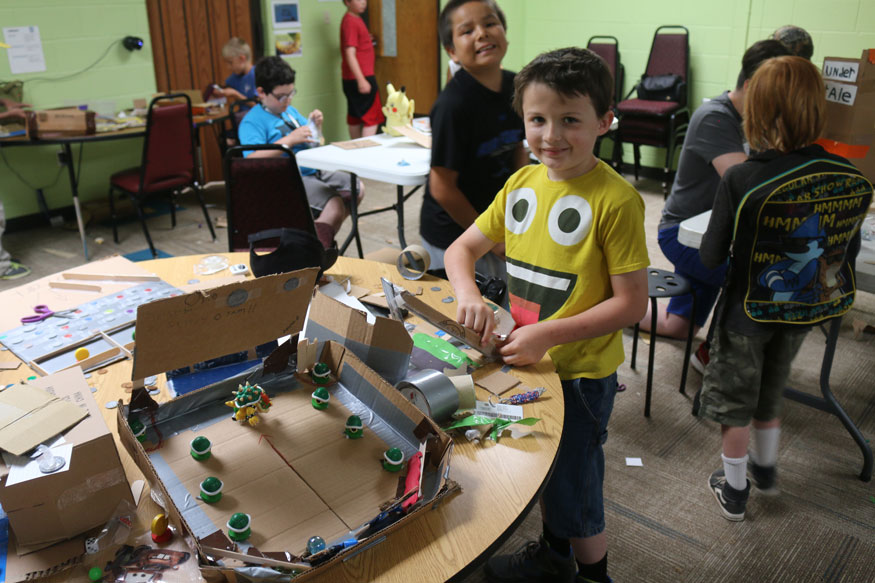 The innovative enhancements at the Club have been led by Tafoya and Cam Abreu, who both credit administration with giving them the flexibility to discover what clicks best with the boys and then implementing it. The two found that it often means filling in the gaps for boys who do not have access to the technology and resources that could help them get ahead in the STEAM fields. The program is also in step with the Rapid City Area Schools strategic plan to implement more STEAM programming. “These kids are really excited and gaining knowledge through our program,” Abreu noted. “We want X:Lab to be an extension of the learning that is happening in the classroom.”

Sara Gentry, executive director of the Club for Boys Foundation, who raises money to support programming like X:Lab, said this program will go a long way in preparing boys for the future. “This program can be a game-changer in helping to break the cycle of poverty in our community,” she said.

It is estimated that within the next 10 years, jobs in the STEM sector will grow much faster than other sectors. In South Dakota, for example, a 2015 study indicated that there were 145 students graduating in computer science in the state, and 600 job openings.

While the boys have ample opportunity to tinker, explore and dream in X:Lab, they are also supported and encouraged in reading and math literacy. In Reading:Lab, for example, students complete their homework, do research or develop math skills. Students also have time and space to read for fun, or get extra help from a reading coach if they are struggling. “Reading literacy underlies the success of everything else we do in life,” Tafoya said. “Some students struggle more with reading than their peers for a variety of reasons, and we want to help give those students a boost.”

The greater vision, Tafoya added, is to shift the culture of education at the Club and encourage the boys to take ownership of their learning. “If a boy is interested in computers, why not teach them how to reprogram the old computer his family has at home?” Abreu asked. “As a teacher, I want our kids to not just know the knowledge, but own it. These kids are thriving on this.”

McDonnell agreed. “You can see the impact on the boys,” she said. One boy who has been learning computer science principles recently overheard McDonnell say her computer was not working. “He offered to come in and fix it for me,” she said. “We are hopeful about where this is going to go because we want our members to become excited life-long learners by letting them explore the world around them right here in Rapid City.”

copy and photos courtesy of Club for Boys